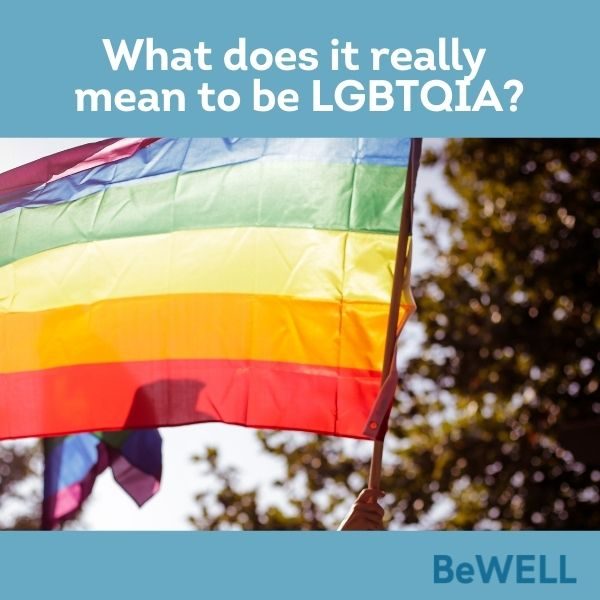 What Does it Really Mean to Be LGBTQIA?

Happy Pride! Now more than ever, you may see rainbow flags flying on business and on people’s front porches. Even Target has an entire section dedicated to the LGBTQIA community during the month of June. You can pick up a birthday card for your boss, some diapers for the kiddo, and a new rainbow bowtie for the puppy Pride Parade. 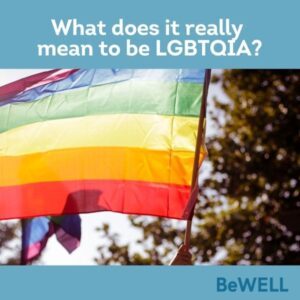 But what does it really mean to be LGBTQIA?

LGBTQIA is an acronym that stands for Lesbian, Gay, Bisexual, Transgender, Queer/ Questioning, Intersex, and Asexual/ or Ally. It is used to describe anything and everything other than straight and heteronormative. When I was a young adult I remember using the acronym LGB and along the way more letters crept in. As we continue to progress as a society, it is becoming more clear that sexual preference, sexuality, and identity is anything but one-size fits all! In an effort to include as many “others” as possible, the acronym keeps expanding to increase visibility and inclusion…because, there is no denying there is strength in numbers and certainly strength in representation!

So what exactly is Queer? When I was a little girl my mom would often use the word to describe my strangeness or uniqueness, but it always had a negative connotation. My strangeness was different and embarrassing, “stop acting so queer” she would say to me in public. She meant it as a quick way to get me to stop dancing down the grocery isle like a weirdo, but queer is a strong word that has been used for decades to tear people down. Queer has been used as a slur to people who didn’t seem to fit in or as an insult to call someone gay. Especially before sexuality and identity became more commonly accepted as multidimensional, If you were at all a little different, you were gay, and gay was bad.

Now the word Queer is used by the LGBTQIA community to describe any and all sexuality and identity that isn’t completely heterosexual, or that falls outside of societal norms. It’s seen as  an umbrella term to cover a spectrum of different identities, outside of the heteronormative perspective. It has allowed the community to accept and recognize that most individuals are not all one thing, and that like everything else, sexuality and identity is nuanced, often complicated, and ever evolving. Queer has many different definitions, and those who identify as being queer have a wide variety of different reasons and personal meanings.

The word queer is now being used to celebrate sexuality, identity, love, perspective, and gender within the LGBTQIA community. A word whose very definition means “weird, strange, or peculiar”, is now used to create a safe space for any and all of the many layers sexuality, identity and gender can have. Like many marginalized groups, the LGBTQIA community has reclaimed a word that had been used against them to find power through language, inclusivity, and acceptance. It’s important to note that not everyone in the LGBTQIA community is completely comfortable using a word that was once used as a slur to describe themselves. Words carry a lot of meaning and for some older members of the community, the word queer holds so much pain and truma that it’s not a term they themselves use or identify with. And in true fashion of acceptance and inclusivity, the LGBTQIA community recognizes that.

The struggle for the LGBTQIA community is still quite real, so how can we destigmatize the conversation that surrounds queerness? The answer seems to me to be as simple as continuing to talk about it, continue to show it represented in tv and film, and continue to normalize the idea that not falling into a tiny box is actually quite normal. By continuing to have open and honest conversations about queerness, it may help to alleviate some of the stress, guilt, fear, and anxiety that surrounds being “other”.

So how can therapy help and why does LGBTQIA Affirming Therapy matter?

LGBTQIA Affirming Therapy, which simply means a therapist that recognizes your unique expression of gender and/ or sexuality and identity and treats you with the dignity and unique support that you need. LGBTQIA Affirming Therapy recognizes the distinct problems that homophobia, transphobia, and social stigma can contribute to your mental health and overall quality of life. It is a practice that openly supports the LGBTQIA community.

Finding a therapist that considers and supports your unique circumstances, lifestyle, and identity is important not just so you feel comfortable, but so that you can begin to live the life you want to live, and see real progress and personal growth. I would never go to a therapist who refused to recognize the unique challenges and perspective that being a female has had in my life, because being female is a large part of my identity. If my therapy was separating me from the very thing that has continued to give my life meaning and also has directly contributed to my challenges, I don’t think I would be able to make much progress. You can’t exactly fix problems you don’t address and no one exists in a vacuum. We are the sum of all the different aspects of our lives and sexuality and identity is a major part of that.

When it comes to mental health, the idea of stigmatization is nothing new. Normalizing talking about and treating mental health is still very taboo, which is why finding an open and accepting environment, in which you feel comfortable enough to be your authentic self is so very important, especially for the queer community. Everyone deserves to live a life where they feel healthy, valued, and accepted and deserves to get health care that honors exactly who they are. Everyone deserves to Be. Well.

Located in Hoboken and Midtown Manhattan, our BeWELL therapists are well learned in a variety of fields and are here to help you become your best self. Whether you are struggling with issues related to Anxiety, Depression, Sexual Orientation, Race and Identity, school, or relationships, BeWELL therapists welcome you with an open ear. 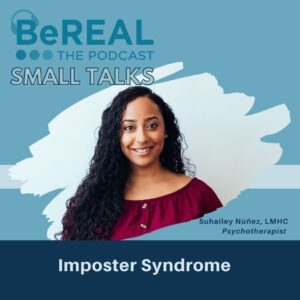