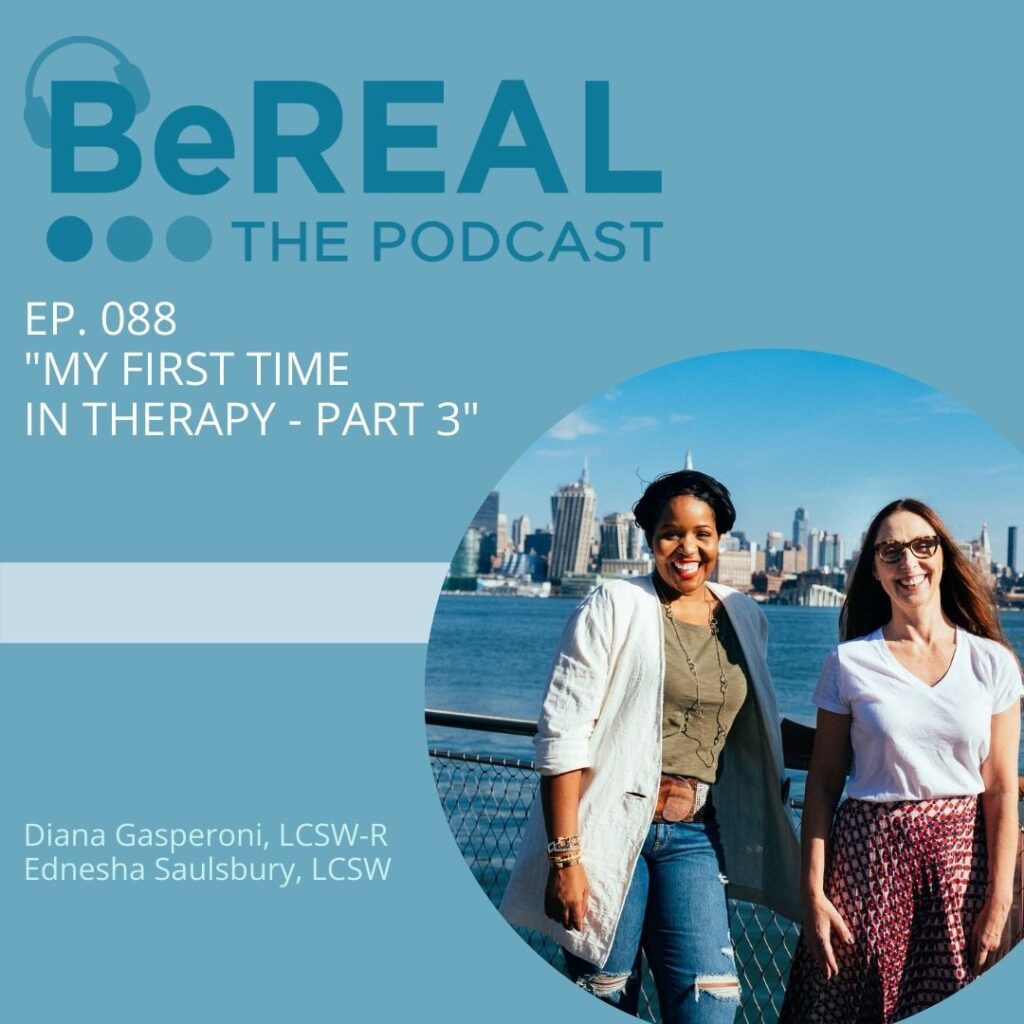 Ep 088 – My First Time in Therapy with Marvin

Welcome back to BeREAL and another installment of our “My First Time” series. Today, Ednesha interviews both Diana and her friend Marvin about their first time in therapy.

Ednesha and Diana begin the episode by talking about the recent shift into Fall. They talk about how the cold weather has affected their daily routines (and their heating bills). Soon, Ednesha gets into asking Diana about what initially brought her into therapy. Diana says that her first time in therapy was because she was broken up. She found herself asking questions like “why would I let someone treat me that way?” So, at the suggestion of her roommate, she sought a therapist for clarity. She found therapists through the phone book, and met with a few until she found one that fit her style.

Once with her therapist, Diana did not hesitate to spill everything to her clinician – nothing was off the table. She soon realized she was in a pattern of quitting things and had a hard time accepting compliments. She was looking for a big change in behavior through therapy, but had to realize that it is hard to make big changes. She acknowledged that it is still sometimes hard to go to therapy weekly nowadays. However, she took her own advice of sticking it out and has found lots of personal insight in the therapy office since.

Next, Ednesha brings on her friend Marvin to talk about his first time in therapy. Marvin first went to therapy because he has always been interested in self improvement. In that period of his life he felt out of control and quick to anger and wanted to understand why. His first therapist was a white woman, and that relationship did not last long because he quickly realized she would “whitesplain” this to him. Now realizing that race and gender is important to him in a therapist, he is currently seeing a Black man therapist. He finds this relationship especially helpful because he can say what he wants without having to explain the meaning behind it that often. His therapist already understands.

Like Diana, nothing was off the table for Marvin. He also notes that a lot of therapy has been helping him realize an answer he already knew deep down. Ednesha asks him about the taboo in the Black community that seeking therapy means you’re crazy. Marvin says he used to feel that pressure on him, but upon seeing how beneficial therapy can be he doesn’t feel that anymore. Ednesha also asks if he sees therapy as a “want” or a “need.” Marvin says he sees it as a need because it is important to have a voice of reason in your life that isn’t a friend. Marvin concludes the episode by echoing Dianas advice, stick it out. Change won’t come with one session, it is a process that you should not be scared ro endure.

Thank you so much for tuning into BeREAL this week. Be on the lookout for a new episode next week. In the meantime, make sure to check out last week’s episode with Paige!

For more information on Indigo108, BeREAL (our mental wellness podcast), and BeWELL (our therapy practice in New York City and Hoboken, NJ) visit the links below:

To schedule a therapy appointment text BeWELL to 484848 today 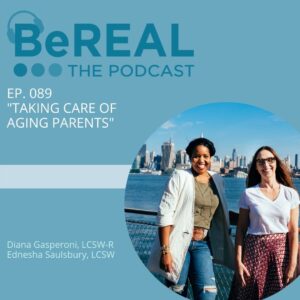