Ep 031 – The BeREAL Team Gets Uncomfortable 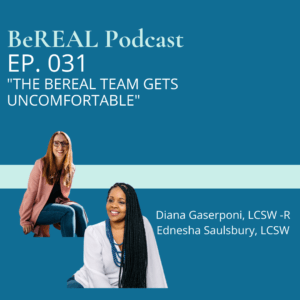 Welcome back to BeREAL! This week Diana and Ednesha are joined by the rest of the BeREAL team, Jessica Seavor and Don Jackson, to discuss the anxieties that the team has faced throughout the creation of this podcast.

Acting as moderator, Don asks Jessica about her fears of coming onto the show for the first time after working behind the scenes in the past. Jessica talks about the nerves she had regarding her fears that she would sound stupid when put up against Diana and Ednesha. Diana shares similar anxieties when they have someone on the show who she deems more accomplished or educated. Don points out Diana’s habit to laugh as a meaning to cope with nerves that build up while the hosts are recording. Next, Don discusses how he attempts to quell the hosts’ anxieties before recording, by allowing them to chat for minutes on end without interruption. This allows them to not only get comfortable with the setting, but comfortable and closer with each other.

Moving to Ednesha, Don asks how she feels about being a black woman on this podcast. Ednesha shares how she is nervous about the way she is perceived. At times she feels overwhelmed that others may see her as a representative for all black women and that puts pressure on her to say everything correctly. She also speaks on how her relationship with Diana has grown overtime. She has apprehension at first that she would not sound as eloquent as Diana as Diana is her mentor but as time goes on they have become much closer and now recognizes them as equals in this endeavor.

After a short break, Don returns to ask Diana about her views on the podcast. He focuses on her role as both a host and as a business owner. At times, Diana fears that it will all come crashing down, especially given the state of the world, however, overall she is very proud and excited about what she has accomplished. Diana expresses the optimism she feels for the future and the idea that she gets to continue growing along with everyone that has become a part of this journey.

Thank you for tuning into the BeREAL Podcast. Be on the lookout for a brand new episode next Tuesday. In the meantime, make sure to listen to last week’s episode with Lorraine C. Ladish on being your best self at any age.

To schedule an appointment text BeWELL to 484848 today 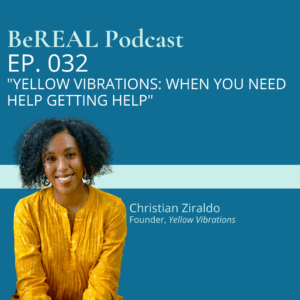 Ep 032 – Yellow Vibrations: When You Need Help Getting Help 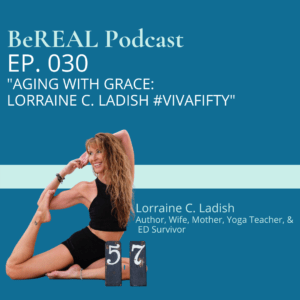